The Portrait Photography of Annie Leibovitz

Three wonderful images created by one of my favourite portrait photographers Annie Leibovitz.

In  the 1970s Leibovitz approached Jann Wenner of the Rolling Stone magazine with her portfolio. Wenner approved of her photographs of John Lennon and Leibovitz was quickly made the magazine’s chief photographer.

Although she had already photographed Lennon in the early 1970s, it is her single polaroid shot with Lennon and Yoko Ono that she is most renowned for. In 2005 it was named the best magazine cover by the American Society of Magazine Editors. 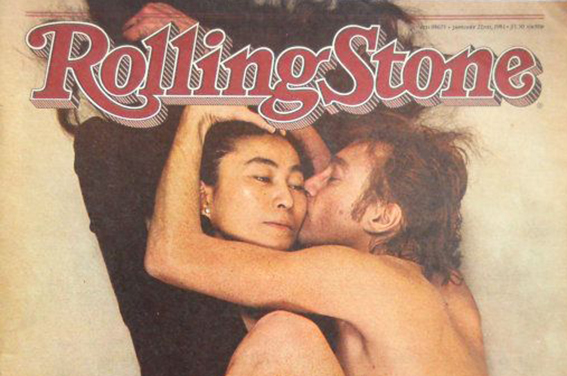 I find this image striking with Lennon looking childlike in the fetal position and his nakedness contrasts against Yoko’s dark clothes and her relaxed hands behind the head position.

Not sure who’s idea or what discussion lead to the overhead shot but it is a beautiful photograph which shows their commitment to each other.

In 1983 coinciding with releasing her first book, Photographs, Leibovitz joined Vanity Fair. Leibovitz has created many famous covers, including 1989 cover with Michael Jackson in an angelic white shirt and in 1991 Demi More who was pregnant with her daughter. 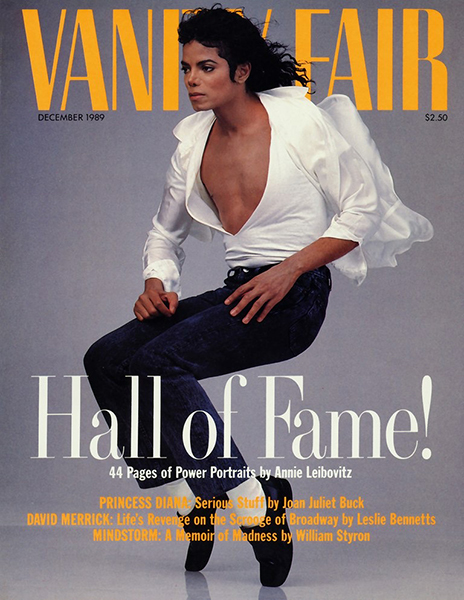 This is another favourite of mine and for different reasons than the obvious fact that she has captured him in his famous dance move or that he looks an angel. I admire the expression and the stillness of the portrait and to me he looks like a statue captured at the height of his stardom. 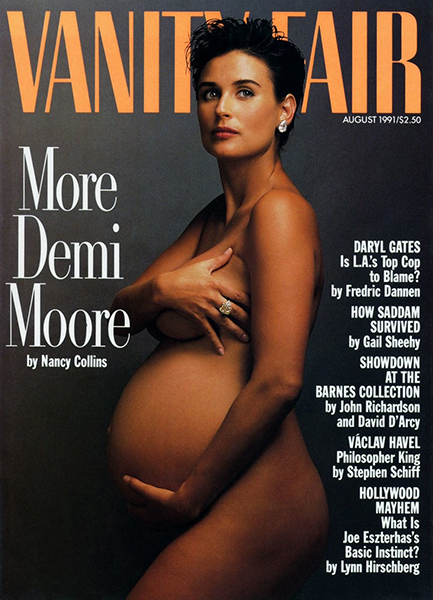 Again not sure who came up with this idea but it is stunning to see such a strong portrait of a pregnant lady. In my opinion prior to this photograph female movie stars seem to disappear from the public gaze when pregnant so to see Demi Moore looking defiant and proud of her body was remarkable. I admire the fact she is not looking to camera and she has a distant look in her eyes as if she is looking to the future.

I had a chance to see her exhibition at National Portrait Gallery in London in 2009 where she was displaying her recent work. I had expected more of the above, strong and striking portraits. I was amazed to see she had captured images of family which were very intimate with natural lighting and dream like in their quality.

All rights and copyright Annie Leibovitz.